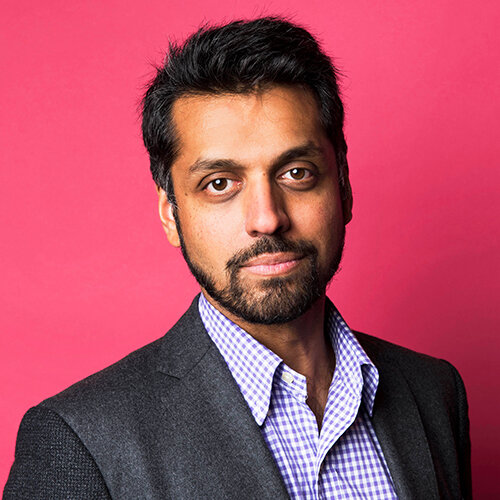 Wajahat Ali is a New York Times op-ed contributor, a lawyer, a playwright, and a former TV host. Recently, he was creative director of Affinis Labs, working with Facebook and Google on social entrepreneurship initiatives that have a positive impact for marginalized communities. He co-hosted Al Jazeera America’s daily news show “The Stream” and is the author of the award-winning play The Domestic Crusaders published by McSweeney’s. He is the lead author and researcher of the investigative report Fear Inc.: The Roots of the Islamophobia Network in America published by Center for American Progress.He is also a Peabody-nominated producer for the series “The Secret Life of Muslims.” He is currently co-writing a television show with Dave Eggers about a Muslim American cop in the Bay Area.

I challenge you to work with Louisville's immigrant communities and other partners who care about immigrants' rights to create and promote a program that both integrates immigrants and celebrates this city's diverse cultures.