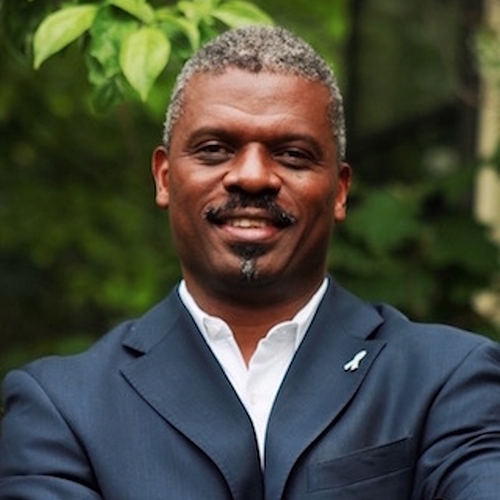 Founder of RECAP (Rebuilding Every Community Around Peace)

Reverend Jeffrey Brown is a nationally recognized leader and expert in gang, youth and urban violence reduction and coalition building. He is the founder of RECAP (Rebuilding Every Community Around Peace), a new national organization organized to assist cities build better partnerships between community, government and law enforcement agencies to reduce gang violence. He is also one of the co-founders of the Boston Ten Point Coalition, a faith-based group that was an integral part of the “Boston Miracle,” a process where the city experienced a 79% decline in violent crime in the 90s, and spawned countless urban collaborative efforts in subsequent years that followed the Boston Ceasefire model. His current project is to generate a national conversation on the importance of faith and community institutions in public safety prescriptions. A resident of the Dorchester area of Boston, Brown is married and has three children of adult age.

I challenge you to make the impossible possible - to change the culture of violence by leading a movement to make non-violence cool - especially for those who live the most violent neighborhoods.