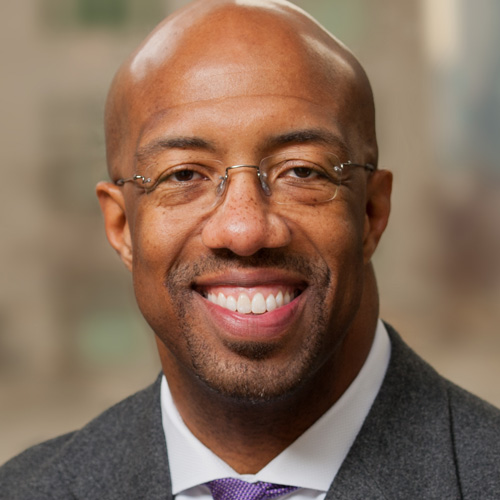 Michael Sorrell is president of Paul Quinn College, an institution now recognized for its innovative approach to higher education. During his ten-year tenure, the college has transformed its football field into the We Over Me Farm to battle local food desert conditions, become the first federally recognized urban Work College, and won the HBCU of the Year Award, among other achievements. Sorrell received his JD and MA in public policy from Duke University and his EdD from University of Pennsylvania. He was a founding member of his law school’s Journal of Gender Law & Policy and vice president of the Duke Bar Association. While earning his BA at Oberlin College, he was secretary-treasurer of his senior class, a two-time captain of the men’s varsity basketball team, and the school’s fifth all-time leading scorer. Among many awards, Sorrell’s most meaningful honor was being named 2016 Father of the Year for the City of Dallas.

I challenge you to reimagine urban spaces by creating better access to healthy foods and lifestyle choices for underprivileged communities.