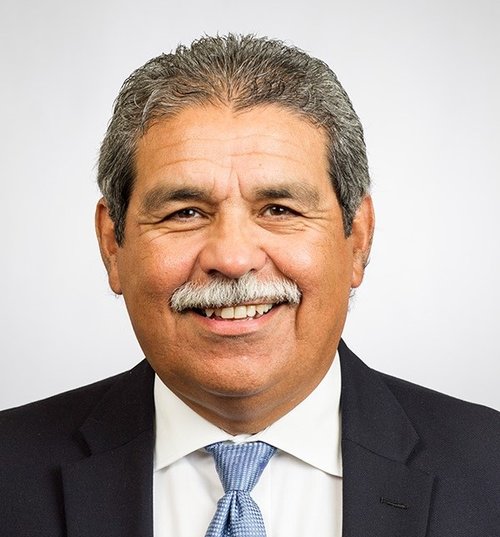 Michael Hinojosa is superintendent of the Dallas Independent School District, approaching nine years of service to the district where he graduated high school and began his career as an educator. Spanning three decades from teacher and coach to superintendent/CEO, his public education career also includes leadership of the Cobb County School District in suburban Atlanta. Hinojosa is a frequent speaker and advisor to educational leadership organizations in Texas and the United States. He is a past president of the Texas Association of School Administrators, was named 2002 Superintendent of the Year by the Texas Association of School Boards, and was selected as the state’s top superintendent by University of Texas at Austin in 2005. Hinojosa’s alma mater, the College of Education at Texas Tech University, named him a Distinguished Alumnus, and he was honored as an Outstanding Latino Educator by the Association of Latino Administrators and Superintendents.