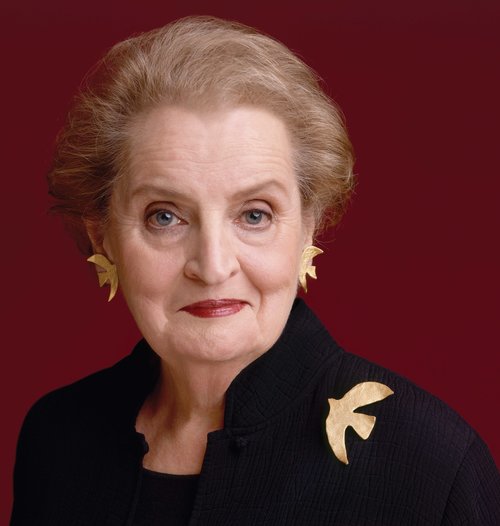 Madeleine K. Albright was the 64th Secretary of State of the United States. In 1997, she was named the first female Secretary of State. She also served as the U.S. Permanent Representative to the United Nations and was a member of the President’s Cabinet. She is a Professor in the Practice of Diplomacy at the Georgetown University School of Foreign Service. Dr. Albright chairs the National Democratic Institute for International Affairs, and serves on the Aspen Institute’s Board of Trustees.