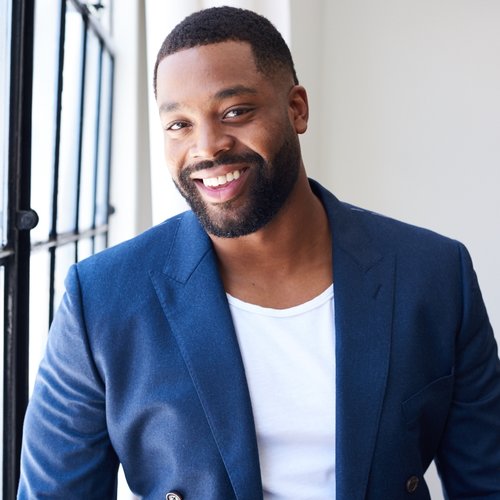 LaRoyce Hawkins is an actor, spoken word artist, standup comedian, motivational speaker, and advocate for youth. He currently stars on the hit NBC police drama Chicago P.D. He’s also featured in NBC’s Chicago Fire, HBO’s Ballers, TBS’ Tyler Perry’s House of Pain, MTV’s Underemployed, and ABC’s Detroit 1-8-7. Impassioned by his own experiences growing up in Harvey, Illinois, Hawkins uses spoken word and speeches to empower young people from similar backgrounds to use their stories to grow beyond their environment. Impacted by his grandfather’s advice to “choose what makes you feel better,” Hawkins left the basketball team sophomore year in high school and joined the speech team where he became a two-time state champion in comedy speech writing and was awarded twice by the Illinois High Speech Association. He went on to pursue a major in theatre arts from Illinois State University.