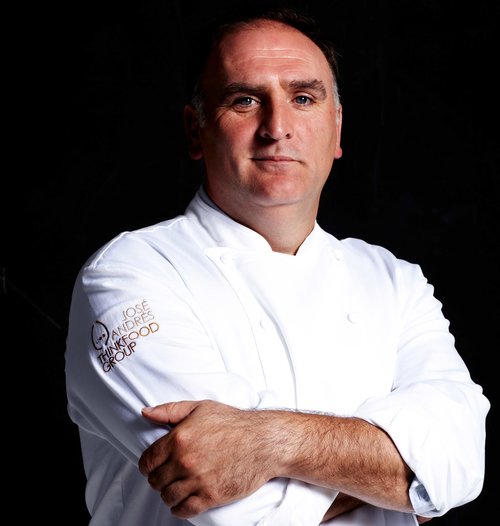 Named to Time’s “100” Most Influential list and awarded “Outstanding Chef” by the James Beard Foundation, José Andrés is an internationally-recognized culinary innovator, passionate advocate for food and hunger issues, author, educator, television personality and chef/owner of ThinkFoodGroup (TFG). TFG is the team responsible for dining concepts in Washington, DC; Las Vegas, NV; Los Angeles, CA; Miami, FL; and Puerto Rico. He is founder of World Central Kitchen and is a culinary ambassador to the Global Alliance for Clean Cookstoves. On July 4, 2014, Andrés was recognized by President Obama with the Outstanding American by Choice Award, an award honoring the significant contributions and achievements of naturalized U.S. Citizens.

By focusing on the appetites of your generation, I challenge you to come up with an irresistible food concept that features all natural fruits, vegetables, and sustainable meats and fish.