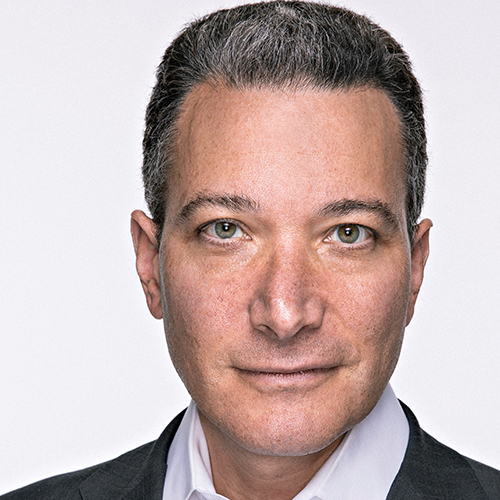 President and CEO of the nonprofit National Constitution Center

Jeffrey Rosen is president and CEO of the nonprofit National Constitution Center, where he developed its Interactive Constitution. He is a George Washington University law professor and contributing editor of The Atlantic. His essays and commentaries have appeared widely, including in the New Republic, where he was previously the magazine’s legal affairs editor, and in The New Yorker, where he was a staff writer. Rosen is the author of six books, including a biography of President William Taft and The Supreme Court: The Personalities and Rivalries That Defined America. He also co-edited Constitution 3.0: Freedom and Technological Change. Among other recognition, a Los Angeles Times reviewer called him “the nation’s most widely read and influential legal commentator.”

I challenge you, the students in Denver, CO, to create a way of inspiring your classmates, and students around the country, to learn about the Bill of Rights, its history, and the way that it relates to your lives. Inspire them to apply their knowledge of it to be active citizens by choosing a current debate involving the Bill Of Rights and making an argument about what liberty means to you today. Be creative in helping students learn about where the rights listed in the Bill of Rights came from and how they evolved over time.

I challenge you to foster civic participation by engaging your community in conversations about important constitutional questions, such as whether the First Amendment protects hate speech or how the Second Amendment can balance the right to bear arms and the right to be safe at school