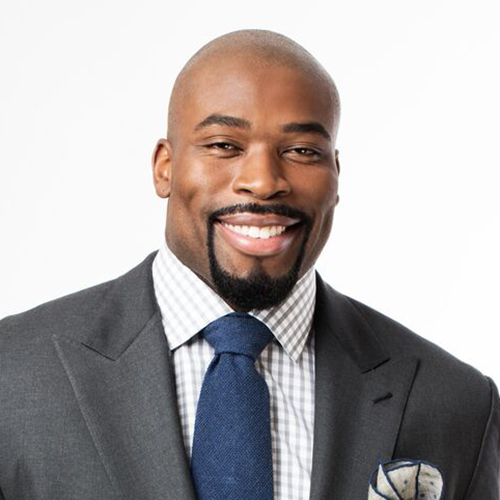 Former NFL Player and Founder of the Israel Idonije Foundation

Israel Idonije has been building toward the next phase of his life since he was a child. He built an 11-year NFL career against all odds by developing himself to the status of an elite athlete (playing 10 years with the Chicago Bears and one year with the Detroit Lions). Idonije is the founder of the Israel Idonije Foundation, whose programs have served over 8,000 youth in Chicago, Winnipeg, and West Africa. He also co-founded Ask The Doctor to help people all over the globe get medical advice and help. In 2015, he opened workVAULT in order to offer a dynamic work environment for those with a passion for building business. Idonije was a member of the Chicago Bears NFC Championship team in 2006; received the 2008 NFL’s JB Award and award for Global Dedication; receive the Points of Light Award presented by Barak Obama and George H.W. Bush; and was awarded the Order of Manitoba presented by Prince Charles.