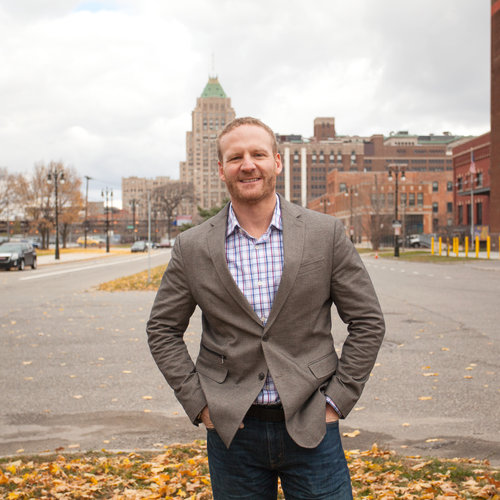 Eric Wilson is an urban planner with a 15-year career focused on projects that advance urban resilience, sustainability, and equity. He is an associate director with 100 Resilient Cities (100RC), where he manages the organization’s relationships with six cities, including Dallas. Wilson joined 100RC from the New York City Department of Housing Preservation and Development (HPD), where he served as assistant commissioner of planning. In this role, he managed New York City’s public-land portfolio and pipeline of new affordable housing developments. Before joining HPD, Wilson worked in various urban planning and local economic development roles in New York City, the United Arab Emirates, and Detroit. Originally from Littleton, CO, he holds a master of city and regional planning from Cornell University and bachelor of arts degrees in environmental conservation and plant biology from the University of Colorado at Boulder.

I challenge you to design mobility solutions that increase community cohesion and promote equitable development of vulnerable populations in your communities.