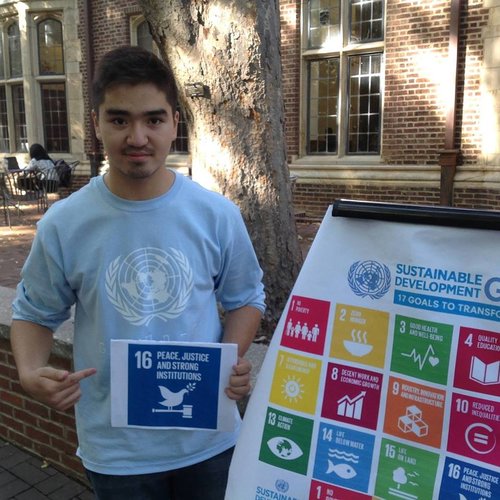 Elzat Erken is a youth commissioner on the Philadelphia Youth Commission, appointed by Mayor Jim Kenney in November 2017. A student at Furness High School from 2014 to 2017, he decided to take a year off after graduating in 2017 to do what he’s passionate about: being more involved and giving back to his community. Erken was born in East Turkestan and came to the United States in 2014. Interested in politics and economics, he became an active member of the local United Nations organization, eventually creating a high school chapter and then interning at UN headquarters in summer 2016. As a youth commissioner, Erken’s job is to represent the voice of the youth as well as serve as a bridge between youth and the government to ensure that there is no decision regarding youth made without youth.