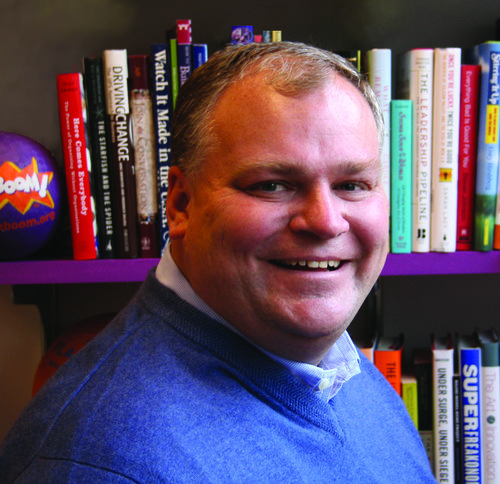 Darrel Hammond is the Founder and CEO of KaBOOM!, a not-for-profit dedicated to giving all kids the childhood they deserve by ensuring they get the balance of active play they need to become healthy and successful adults. Hammond wrote the New York Times bestseller KABOOM! A Movement To Save Play. Founded out of his apartment in 1996, KaBOOM! has raised $250 million, rallied a million volunteers, led the hands-on construction of 2,400 playgrounds, and inspired a movement for the child’s right to play. Hammond has been named an Ashoka Fellow, Schwab Social Entrepreneur by the World Economic Forum and has been awarded the American Express NGEN Leadership Award by Independent Sector, and the Satter Social Entrepreneur of the Year Award by New York University’s Stern School of Business.

I challenge you, the students of Denver,CO, to focus on children living in poverty, I challenge you to leverage underutilized resources and unexpected space in creative ways to make play available to every child, everywhere in your community.